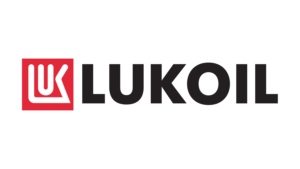 LUKOIL is a Russian multinational energy corporation headquartered in Moscow, specializing in the business of extraction, production, transport, and sale of petroleum, natural gas, and petroleum products. It was formed in 1991 when three state-run, western Siberian companies named after the respective town in Khanty–Mansi Autonomous Okrug that each was based in, Langepasneftegaz, Urayneftegaz, and Kogalymneftegaz, merged. Internationally, it is one of the largest global producers of crude oil. The company has operations and subsidiaries in more than 40 countries around the world.

For 20 years support for Russian sports has been one of the most important areas of social policy of LUKOIL. The company carries out large-scale work on the implementation of sports programs in the field of professional sports – being a long-term reliable partner of FC Spartak Moscow, handball club Zarja Kaspija and water polo club Spartak Volgograd, as well as the Children’s Football League and other important domestic sports projects.

Parimatch is an international betting platform that connects emerging markets with the world of traditional and niche sports betting. Parimatch has over 2,000 employees worldwide, serving nearly two million customers and covering more than 20 sports in 60 countries, 200 leagues and 600 sports events every day. The main office of the company is located in Cyprus. The brand itself has existed for more than 25 years and is represented in various markets (Cyprus, Belarus, Russia, Kazakhstan and Tanzania).
Parimatch is the official UFC betting partner in EMEA region. Mike Tyson and Conor McGregor are the brand’s official ambassadors in CIS and Cyprus.
The brand has partnership agreements with sports institutions such as FC Apoel (Cyprus), FC Shakhtar (Ukraine), Team Spirit, Virtus.Pro (e-sports) and many others.
Parimatch offers the best product to the customers, enhancing their enjoyment of sports and inspiring a more dynamic masculine lifestyle. Steadfast and ambitious, Parimatch is always charged to win! 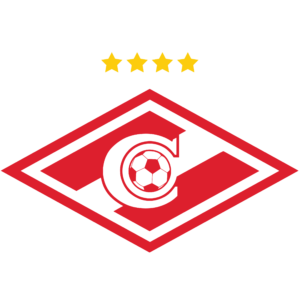 FC Spartak Moscow is a club with a rich history and traditions, celebrating its 95th anniversary this season. On April 18, 1922, the Moscow Sports Club of Krasnopresnensky District held its first friendly match, beating the Zamoskvoretsky Sports Club with a 3:2 score. This date is considered to be the day of foundation of the club. In the first thirteen years of its existence has changed several names, and in 1935 the founding father Nikolai Petrovich Starostin proposed a new name – “Spartak” – and a red and white emblem in the form of a rhombus with the letter “C”. Spartak is the most popular and titled club in our country. Around the world, over 20 million people are cheering for The Red-Whites. Spartak has 22 times won the championship title and won the Cup of the country 13 times (more than other Russian teams). In 1938, 1939, 1958, 1992, 1994, 1998, Spartak made the “golden double” – they won both the championship and the Cup of the country. In the new story, The Red-Whites won ten championships in Russia, and from 1996 to 2001 they won gold medals six times in a row. This achievement is still unsurpassed.

Choice of a true champion

«plan b:» – next generation energy drink. It’s made on a completely natural energy basis, contains the necessary vitamins, juices and taurine. One can of the drink contains more than half of the daily supply of vitamins needed by a person. It stimulates the work of the brain, supplies the heart with necessary substances, helps to improve the liver and increase the overall immunity of the body. And most importantly – it’s tasty and gives a serious burst of energy!

All you need to know about eSports is in one place. CS:GO, PUBG, highlights, news, analytics.